There are two National Lobster Days during the year, and today is one of them! 🦞 The first Lobster Day of the year, which lands on June 15th, marks the “height of lobster summertime harvesting.” (Thanks to Lobster Anywhere for that tidbit!) The origin of that date is still unknown, but the timing of the observance totally makes sense.

The other National Lobster Day is celebrated on September 25th. But this date has an official and traceable origin! The September 25th Lobster Day was designated by the US Senate to recognize the economic importance and cultural significance of the lobster and also honors the people who harvest, ship, and cook lobsters. By the way, the bill, which you can (and should) Google, cites many reasons why lobster deserves its own day. But one of the reasons from the 2019 bill that really stood out to me was this:

That’s right. If the lobster has its own emoji then it MUST deserve its own day. Or two!

I love eating lobster but only recently have I started cooking with it. It’s not a cheap ingredient to get, so when I use lobster tails, it’s for something exceptional. For example, below are some lobster tails that I used to make Lobster Newburg earlier this year on March 25th for Lobster Newburg Day. Look at the creamy lobster inside of those golden puff pastry shells. (I made the puff pastry shells, too!) This is definitely one of the fancier dishes I’ve ever made! 👩🏻‍🍳

How are you planning to celebrate National Lobster Day today? If you have a favorite lobster dish or recipe, let me know in the comments! 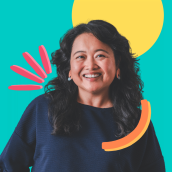 Instagram
Remember that batch of ghost peppers we picked at

Good morning! ☀️ Took a walk, made some limey

It's important to treat yourself every once in a w

Craving wings today? Then treat yourself because i